Kenyan Eliud Kipchoge will attempt to run the first ever marathon under two hours in the Austrian capital of Vienna, two years since he fell 25 seconds short.

HE HAS DONE IT!

Eliud Kipchoge becomes the first athlete to run a marathon in under two hours. What an incredible feat!

And the countdown begins… 5 KM to go. Kipchoge on course for a 1:59:50 marathon, with a three kilometres to go.

1969 Neil Armstrong walks on the moon

UPDATE: Kipchoge is approaching the halfway mark (20km) at an average speed of 21 km/h. The estimated time to finish the marathon currently is 01:59:51.

In the meantime, here’s the lowdown what it looks like in Vienna at the moment. Remember, Kipchoge first attempted the feat in May 2017 on the Monza National Autodrome racing circuit in Italy, finishing in a time of 2 hours and 25 seconds. 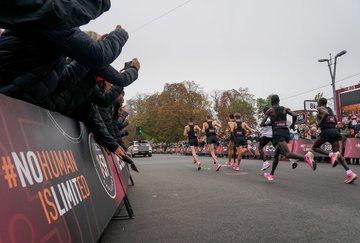 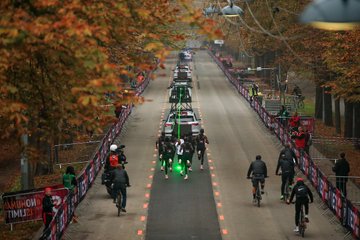 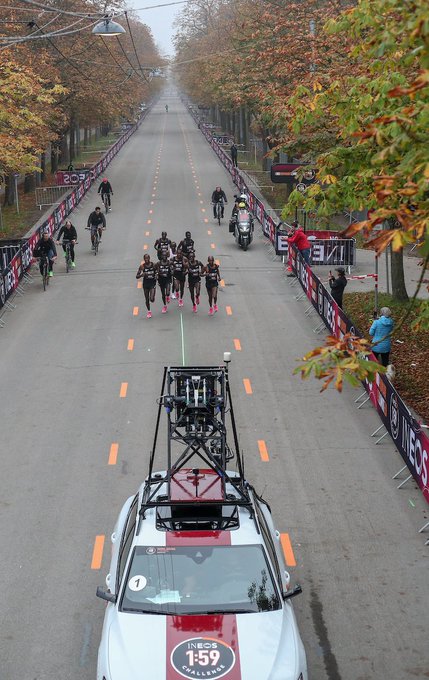 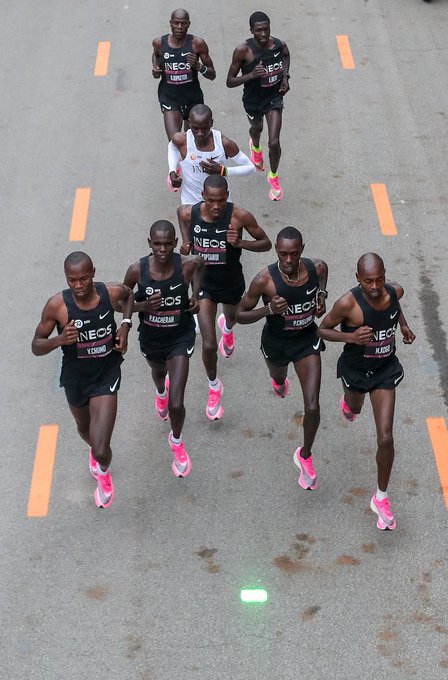 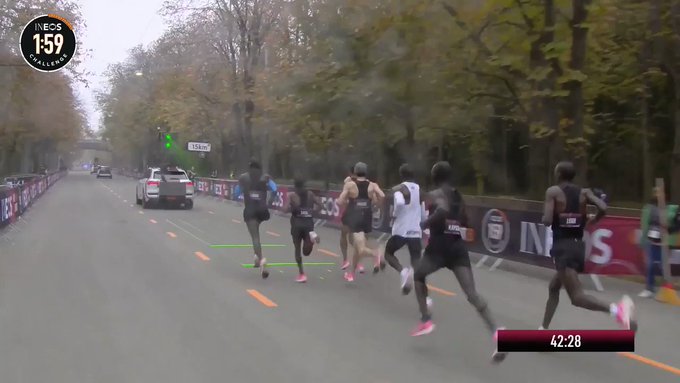 84 people are talking about this

All my well wishes for our legend @EliudKipchoge. Good luck!
1:58.57

1,839 people are talking about this

Kipchoge ran the first 10km in 28:20. That’s one second quicker than his 2017 sub two-hour marathon attempt in Monza. 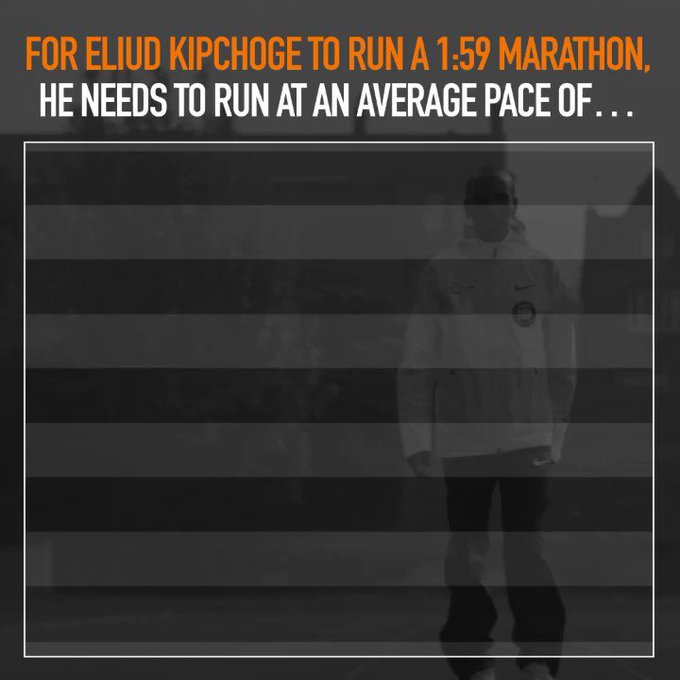 873 people are talking about this

873 people are talking about this

UPDATE: Kipchoge is nine seconds under the target time – he would get past the finish line in 1:59:50 if he keeps up the pace. The first five kilometres are out of the way.

UPDATE: There are 41 runners setting the pace for Kipchoge in Vienna today. The first change in the pacesetter team has taken place

“Before Roger Bannister ran a sub-four-minute mile many humans believed it was not possible,” Kipchoge was quoted as saying by the ineos159challenge website.

“Last year I ran 2:01:39 (in Berlin) no human being at that time thought it was possible. When Kenenisa Bekele ran 2:01:41 (at the Berlin Marathon last month) that is a perfect illustration that no human is limited.

Kipchoge had compared the Vienna attempt to a historic landmark in annals of human history:

Meanwhile… in Vienna, Kipchoge and his pacesetters are off the blocks!

Kenya’s Eliud Kipchoge, the marathon world record holder, warms up before the start of his attempt to run a marathon in under two hours in Vienna.

NOTE: This will not be recognised as a world-record attempt. The sport’s governing body, the International Association of Athletics Federations (IAAF), will not ratify the run as an official record because it is not in open competition and it uses pace-setters.

WEATHER WATCH: The weather in Vienna on Saturday is expected to be dry and sunny with a forecast temperature of 9 Celsius at the start, rising to 12 Celsius at the finish.

Kenyan runner Eliud Kipchoge’s attempt to run a marathon in under two hours will take place in Vienna on Saturday.

The attempt will be on a multi-lap course in The Prater, a park in Vienna. If the weather is poor, organisers have reserved eight more days.

Kipchoge lowered the marathon world record to 2 hours, 1 minute, 39 seconds last year in Berlin. He has tried to break the 2-hour barrier before, running 2:00:25 at the Monza auto racing track in 2017. That wasn’t considered a world record because pacers entered mid-race and drinks were given to runners via mopeds.

The attempt had originally been planned for London, though no date and no course had been chosen.